Difference between revisions of "Gail Patrick" 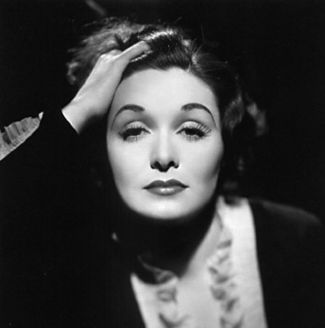 Fitzpatrick was born in Birmingham and attended Woodlawn High School. She was the president of her senior class, and also president of the Althean Literary Society, vice-president of Omicron Delta, and a member of the Thalian Dramatic Club and the Woodrow Wilson Debating Society. After graduating in 1928 she enrolled at Howard College in East Lake. She joined the faculty at Howard and rose to become Dean of Women there. She also studied pre-law at the University of Alabama before entering a Paramount-sponsored acting contest to find an actress to play the "Panther Woman" in 1932's Island of Lost Souls. She auditioned locally at the Alabama Theatre and advanced to a screen test in Los Angeles opposite Gary Cooper. Though Kathleen Burke won the role, Patrick negotiated a contract with Paramount paying $75 per week and stipulating that she would not pose in scanty clothes for publicity photos.

With support from Joan Crawford, Patrick won a few bit parts, and eventually found a niche as a "second woman", competing with the female lead for the attention of the male romantic interest. She landed a few leading roles as well, such as the female attorney in Disbarred (1939). Free of her contract to Paramount she "free lanced" for a while and participated in promotions, such as serving as air hostess on Penn Central Airlines' inaugural Birmingham to Pittsburgh flights in 1941. During this period she married and divorced Robert Howard Cobb, owner of the Brown Derby restaurant (1936-1940) and Arnold Dean White (1944-1945). She also had a recurring spot on the radio series, the Dreft Star Playhouse.

In 1947 she married Cornwell Jackson and, a year later, left acting for a new career in fashion design and clothing sales. She was successful marketing her designs to other celebrities from her home throughout the 1950s. Jackson was literary agent to Erle Stanley Gardner, notable as the author of 225 pulp magazine stories featuring his lawyer character, Perry Mason.

At Gail's urging, she, her husband, and Gardner formed their own production company, Paisano Productions, to create a television series based on those stories. As president of the company, Gail Patrick negotiated with CBS executive Anne Nelson for a prime-time series in 1956. Paisano underwrote production of the series pilot itself in order to preserve full control of the script, casting and filming. She declined Gardner's suggestion that she herself take the role of the secretary, Della Street. Instead Patrick turned to Barbara Hale, her partner in a nascent doll-making business.

Gardner, who had opposed earlier attempts to bring Perry Mason to television, was enthusiastic about the finished pilot. When the series began airing on September 21,1957, Perry Mason was the first network prime time series to have a female executive producer.

Shortly before the premiere, Patrick brought Burr to Birmingham on a promotional visit, which included breakfast at the Tutwiler Hotel and an interview on WBRC-AM and an appearance on WBRC 6. The show was a hit, and remained a CBS staple for nine seasons. The hour-long show ended its run on May 22, 1966.

The Jacksons' marriage, during which the couple adopted two children, ended in divorce in 1969. She tried unsuccessfully to launch a "New Perry Mason" with Monte Markham in 1973.

Patrick wedded John E. Velde Jr in 1974 and remained with him until her death, in 1980 of leukemia. Patrick was known as a philanthropist. She served as the honorary national chair for the Christmas Seals campaign in 1970, and served for almost 40 years on the Hollywood Board of Managers. She left a $1.1 million endowment to the Hollywood Wilshire YMCA, which named the Gail Patrick Memorial Teen Center and Park in her honor. She also left $1 million to the Delta Zeta sorority.