Difference between revisions of "Helen Bess Mine" 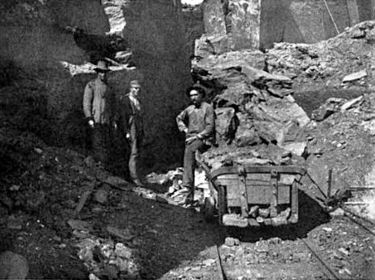 The Helen Bess Mine is a former red iron ore mine which supplied Wallace McElwain's Cahaba Iron Works (Irondale Furnace) beginning in 1864. It is, after the Eureka No. 1 Mine, the earliest commercial ore mine on Red Mountain.

Originally the soft red ore of the "Big seam", which formed an outcrop, was quarried from the surface and moved by tramway to the furnace site. The surface works and tramway were destroyed by Emory Upton's division during Wilson's Raid on industrial sites in central Alabama in late March 1865.

The mine operation was resumed after the war. By 1909 a sloping mine shaft 500 feet long had been dug into the "Irondale seam" with seven headings on each side at 60-foot intervals. Another bed, the "Ida seam", was also accessible, but produced harder, lower quality ore. The ores from the Big and Irondale seams ranged from 32 to 35% iron content, 30 to 32% silica, and 6 to 8.5% lime. 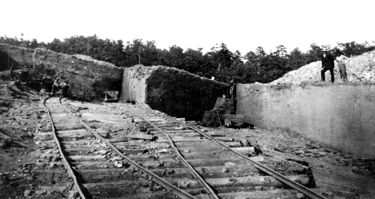 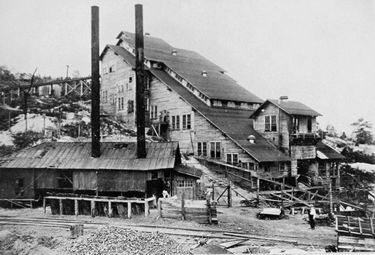