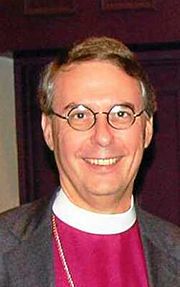 Parsley is the son of Henry and Barbara Parsley of Memphis. After matriculating from the Porter-Gaud School in Charleston, South Carolina he attended the University of the South in Sewanee, Tennessee. He completed his bachelor's in English (magna cum laude) in 1970, and married the former Rebecca Knox Allison of New Orleans that Summer. In the fall they moved to New York City where he pursued his Master of Divinity from the General Theological Seminary of the Episcopal Church. He graduated Phi Beta Kappa in 1973 and was ordained as a deacon. He also studied spirituality and soteriology at Oxford and has received Doctoral degrees in Divinity from Sewanee and the General Theological Seminary (1998).

In 2010 Parsley announced that he would retire at the end of 2011. In 2014 the Episcopal Diocese of Easton elected Parsley as Provisional Bishop to succeed their retiring bishop, James Shand. He served until a new Bishop of Easton was elected in 2016.

Parsley currently serve on the Board of The Ayres Center for Spiritual Development at St. Mary’s, Sewanee.

Parsley and his wife have one son, Henry Nutt III, born in 1974. John Sloan was invested as Parsley's successor on January 7, 2012.