Difference between revisions of "I-20/59 downtown viaduct" 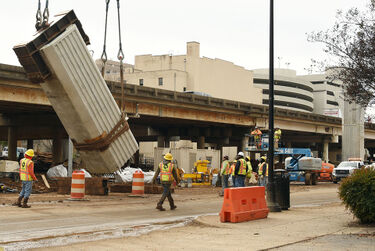 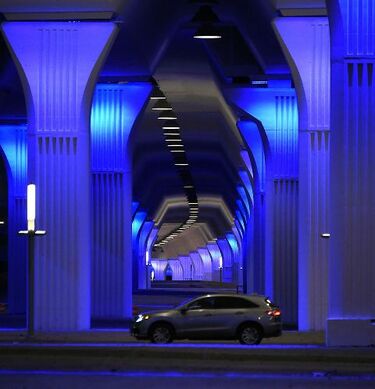 LED lighting installed under the new viaduct in 2020. Photograph by Joe Songer for The Birmingham News.

During 2020 an array of 24,000 linear feet multi-color LED lights were installed under the bridge decks, between 15th Street and Carraway Boulevard, by Stone & Sons as part of Johnson Brothers' scope of work for Phase 3.

In July 2018 ALDOT hosted two public meetings to hear residents' proposals for a linear "park", dubbed CityWalk BHAM, which would be constructed below the interstate. Bids for CityWalk BHAM were solicited in 2021 with an expected opening date of early 2022.