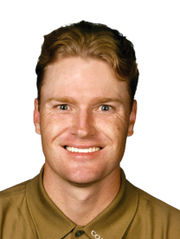 Buha earned a bachelor's degree in economics at Duke University in Durham, North Carolina in 1997. While in school he won a championship in the 1996 Eastern Amateur tournament in Portsmouth, Virginia . He began playing professional golf on the NGA Hooters Tour after completing his degree and earned his PGA Tour card in 2000, but dropped back to the Nationwide Tour that same year. In 2001 he had four top-10 finishes, then seven more the following year, including a win at the Dayton Open. He spent 2003 on the PGA Tour, but again dropped back. He had five top-10 finishes in the 2004 Nationwide tour and continued to play professional golf through 2006.

Buha founded the Buha Golf Academy at the Renaissance Ross Bridge Golf Resort & Spa in 2007 and was hired as the Birmingham-Southern Panthers head golf coach in 2009. In 2013 he accepted an administrative position at the college.

Buha and his wife, Jenny and four children.