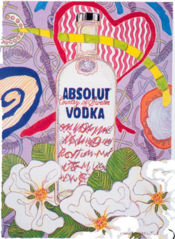 Jon Coffelt (born May 16, 1963 in Dunlap, Tennessee) is an artist and gallery owner who lived and worked for almost two decades in Birmingham. He is currently working in New York City.

Coffelt has been painting since he was eight years old. It was his grandfather who taught him how to work in this medium. Coffelt still considers himself a colorist and he actually started out in the fashion industry designing fabrics for Willi Smith in the 1980s. Once he decided to devote his full energies to art he was commissioned to paint over 100 works for the Parisian department store chain. In 1989 Coffelt received "Outstanding Ten Year Alumnus" from the Southern Institute. Coffelt was the inaugural artist at Space One Eleven when it opened in 1989 in Birmingham.

From 1994 to 1996, Coffelt served as editor and publisher of Alabama Art Monthly, a first-of-its-kind art magazine in the state. In 2002 Coffelt closed the gallery in order to move to New York and give his own art undivided attention. Over the last several years his work has been shown in Atlanta , Birmingham [1], Boston, Chattanooga, Charleston SC, Los Angeles, Miami, Minneapolis, Mobile, Montgomery, Nashville, New Orleans, New York, Palo Alto CA, Philadelphia and San Francisco, as well as, Barcelona, Cork (Ireland), Kyoto, Leonard On Sea (UK), London, Mexico City, Montreal and Tokyo.