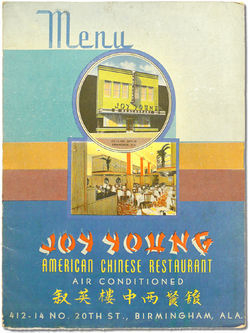 In the 1964 city directory, the proprietor is listed as George W. Sai. In the 1960s a new location on Highland Avenue opened as New Joy Young Restaurant. Another "Joy Young" restaurant operated in Memphis.