Difference between revisions of "King Spring" 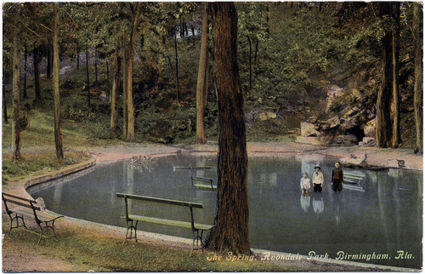 Avondale Park was planned around the spring with a rock grotto and low walls surrounding a pool which was used for wading. The spring was sealed off in the 1930s and the wading pond was covered over by baseball fields.

The spring was uncovered as part of renovations to the park in 2011. Visitors can again see water flow from the hillside a short distance to the park's lake.