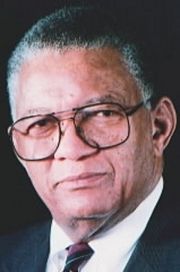 Kirkwood R. Balton (born June 9, 1935 in Birmingham; died February 10, 2009 in Birmingham) was a former chairman and CEO of Booker T. Washington Insurance Company and the founder of J&B Medical Supply.

Balton earned his bachelor's degree at Miles College in 1957 and began working for A. G. Gaston two years later. He went on to earn a master's in business administration at Samford University in 1970 and rose within Gaston's business empire to manage WENN-FM and becoming chairman and CEO of Gaston's insurance company before he retired in 2001, wrapping up 42 years of service.

He later founded the J&B Medical Supply and later J&B Management and Electric Supply, both named for his wife, Juanita.

In retirement Balton remained active in Gaston's charitable efforts, including the A. G. Gaston Boys & Girls Club, as well as in the Community Foundation of Greater Birmingham. He served on the boards of the Birmingham Civil Rights Institute, Colonial Bank, Miles College, the Callahan Eye Foundation and the National Conference for Community and Justice.

Balton died in February 2009. He was survived by his wife and daughter, Adriene, and two siblings. He was a member of St Paul's Cathedral and a resident of College Hills. The A. G. Gaston Boys & Girls Club's former South Park Unit was renamed the Kirkwood R. Balton Clubhouse in his memory in 2014.