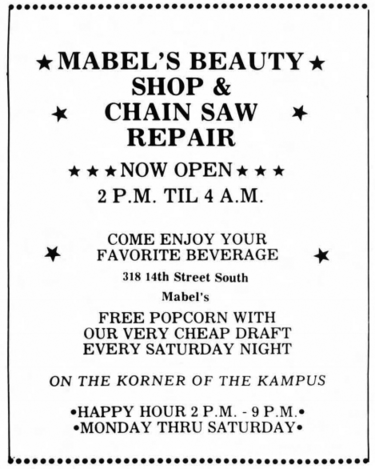 Mabel's Beauty Shop & Chainsaw Repair was an all-night gay bar at 318 14th Street South near UAB. The bar was opened by John Elder in 1986.