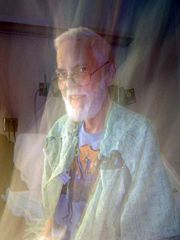 Marshal Hagler (born c. 1940 in Tuscaloosa; died July 11, 2007 in Tuscaloosa) was a photographer and videographer, notable for having documented the music scene in Tuscaloosa throughout the 1960s and 70s.

Hagler, a University of Alabama graduate, was employed by The Tuscaloosa News and managed stage lights at various concerts. Beginning with a visit by the Kingston Trio to Foster Auditorium in 1965, he photographed virtually every big-name musical act that came through and filled the walls of The Chukker with his prints (until they were ordered removed by fire officials). He was fired by the newspaper when he was arrested for marijuana possession (a single roach), and was later convicted and served some time in prison.

After his release, he moved to Birmingham for a while and worked as a freelancer, while also documenting performances at The Wooden Nickel, Brothers Music Hall, Old Town Music Hall, and Louie Louie. He remained a regular fixture at The Chukker and edited a newsletter and photo calendar for the "Chukker Nation". He eventually moved back with his parents in north Tuscaloosa County as his health declined.

Hagler suffered from diabetes and heart disease. He died in hospice care at the DCH Regional Medical Center.