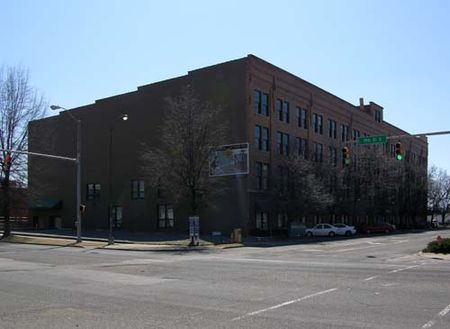 This article is about the 4-story building at 1801 1st Avenue South. For other uses, see Midtown Center (disambiguation).

The Midtown Center is a four-story mixed use building located on 1st Avenue South between 18th and 19th Streets South. The 129,000 square-foot building is managed by Harbert Realty Services.

Tenants in the building include the Laboratory Corporation of America. Former tenants include DST Health Solutions.

The building was restored in the 1980s by Johnson Development. An 8-foot by 12-foot vintage painted advertisement for the Sentinel "picture sealed TV" was preserved and restored on the side of the building by Maske & Reese. In April 2012 Harbert won permission from the Birmingham Design Review Committee to paint over the advertisement.