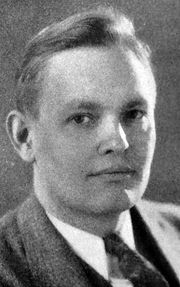 Čadek's parents immigrated to the United States about the turn of the century. His mother was Swiss and his father, Joseph Ottokar Čadek, was Bohemian. Joseph and his family settled in Chattanooga, Tennessee, where he opened the Cadek Conservatory of Music (now part of the University of Tennessee-Chattanooga) in 1904. Ottokar was trained at home, then sent to study at the Zurich Conservatory of Music, where he graduated with honors. He went on to study under Franz Kneisel, Leopold Auer and Ottokar Seveik. After serving in World War I he founded his own Cadek String Quartet in 1917. In 1919 he was hired by Ralph Pulitzer as first violin in his New York String Quartet.

Čadek came to Birmingham in 1933 to serve as concertmaster and associate conductor for the Birmingham Civic Symphony Orchestra. He also taught at the Birmingham Conservatory of Music and occasionally at the University of Alabama. He resided at 2716 Canterbury Road.

In 1943 Čadek moved to Tuscaloosa and joined the music faculty at Alabama full time and was named director of the University of Alabama Symphony Orchestra. That same year he was hired as concertmaster for the Chattanooga Symphony and Opera.

Later he became conductor and head of the violin department at the National Music Camp at Interlochen, Michigan. It was there, on stage, between the third and fourth movements of Brahm's quartet he was performing with other faculty members, that he died.

Čadek and his wife, the former Sara Hitchcock, had one daughter, Jerrie (1930–2009), who was also a noted concert violinist.