Difference between revisions of "Piper Davis" 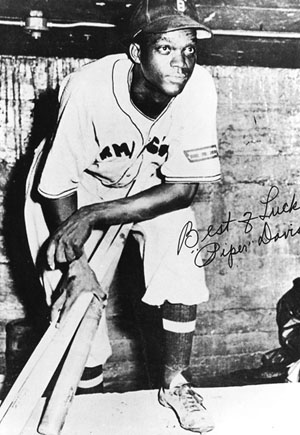 Lorenzo "Piper" Davis (born July 3, 1917 in Piper, Bibb County; died May 21, 1997 in Birmingham) played infield for the Birmingham Black Barons during the 1940s and in the Pacific Coast and Texas Leagues in the 1950s. For two years he also played with the Harlem Globetrotters basketball team.

Davis was the only child of John Wesley and Georgia Cox Davis who resided in the Bibb County mining town of Piper. After completing the 9th grade at the village school he moved to Fairfield to attend Interurban Heights High School, where he received the nickname "Piper" for his home town.

Davis earned a basketball scholarship Alabama State University in Montgomery. He was forced to leave school after a year to help support his family. He took a job with the American Cast Iron Pipe Company (ACIPCO) in Birmingham and began playing alongside Artie Wilson and Sam Hairston on the premier team in the district's YMCA Industrial League. He earned $3.36/day and was given his uniform and equipment and time off three days a week for baseball games. He married Laura Perry and had two children, Lorenzo, Jr and Faye Joyce.

In 1936 he signed with the Omaha Tigers, which folded after that season. He returned to his ACIPCO job until 1942 when Black Barons manager Winfield Welch suggested to owner Abraham Saperstein, who also owned the Globetrotters, that Davis could be signed to play for both clubs. 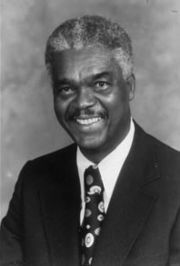 As a Black Baron, Davis became a star hitter, helping the team win the Negro American League pennant in 1943, 1944 and 1948. They lost to the Homestead Grays in each of those Negro World Series contests. Davis was selected to play in East-West All-Star Classic four times. In 1948, Davis was named manager of the Black Barons and signed teenager Willie Mays to the team.

During the late 1940s, some Major League teams showed a moderate interest in Davis, but he remained unsigned, perhaps in part because he was content with his $750/month salary with the Black Barons (Tribune-1949).

In 1950 the Boston Red Sox signed the 33-year-old Davis as their first black player, and assigned him to the Scranton Miners of the Eastern League. He played eight more seasons in the minors, including a stint as player-manager for the Austin Cats of the Texas League. He was released by the Red Sox and never played a Major League game.

Until his retirement in 1986 Davis remained active in baseball as a scout for the Detroit Tigers, St Louis Cardinals and Montreal Expos. He became a deacon, usher and choir member at Sardis Baptist Church. He died in 1997 and is buried at Elmwood Cemetery.