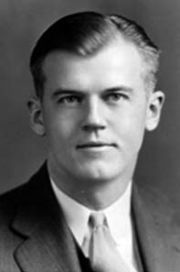 Robert was the son of Adrian Van de Graaff and the former Minnie Hargrove, granddaughter of Tuscaloosa planter and civic leader Robert Jemison Jr, for whom he was named. He grew up in Jemison's mansion and attended Tuscaloosa City Schools. In high school he starred as the quarterback of the Black Bears football team coached by his brother Adrian Jr, but broke his leg during his senior year. He spent his convalescence studying books about engines and entered the University of Alabama in 1918 without ever graduating high school. Robert played for Alabama's "scrub" team in college, but gave up football to concentrate on engineering. During the summers he worked on steamboats on the Black Warrior River. For his thesis project he designed an improved method of grading iron ore on a conveyor. After graduating he took a job working on high-voltage equipment for Alabama Power.

On a grant funded by the University, Van de Graaff attended the Sorbonne in Paris in 1924. There he heard Marie Curie demonstrate certain principles regarding energy of atomic nuclei and was inspired to pursue research into nuclear energy. He won a Rhodes Scholarship to attend Queen's College, Oxford. While there he participated in lacrosse and rowing. He received a bachelor's in physics in 1926 and completed his doctorate in 1928. He returned to the United States as a National Research Fellow at Princeton University's Palmer Physics Laboratory. To aid in the department's research, he undertook to improve on the Kelvin type of high-voltage generator then in use. The solution was found in carrying the electrostatic charge on a moving belt. After several improvements he demonstrated his apparatus in 1931 at an American Insitute of Physics dinner in Schenectady, New York. During the demonstration an arc of more than 1 million volts was created between two metal spheres. His former department head at Princeton, Karl Taylor Compton, hailed the innovation as "the most important development that has ever taken place in the field of extremely high voltages."1.

Compton brought Van de Graaff over to join him at the Massachusetts Institute of Technology. There he steadily improved the capabilities of his generator and eventually eliminated the charging belt in favor of a cascade of transformers. A 43-foot high version of the generator produced an arc of 7 million volts, making national headlines. He received his patent for the Van de Graaff generator design in 1935. Among the first commercial uses for the device was as a generator of x-rays for medical imaging and tumor irradiation.

During World War II he was put in charge of a project to make use of his generator for x-ray inspection of Navy warheads. In 1946 he founded his own company, the High Voltage Engineering Corporation in Burlington, Massachusetts. HVEC manufactured Van de Graaff generators and particle accelerators and developed other related innovations, notably in devices to permit the control of particle beams which were invaluable in nuclear and particle research. Incidentally, the company pioneered one of the steps by which silicon computer chips are manufactured.

During the 1950s and 60s Van de Graaff worked steadfastly on the problem of injecting a uranium nucleus into another uranium atom with no excess momentum; a "nuclear soft landing" as he termed it. The lingering effects of his football injuries were worsened by an automobile accident and exacerbated by overwork. He retired from MIT in 1960.

Van de Graaff suffered a fatal heart attack in January 1967. He was survived by his wife Catherine and sons John and William. He was interred at Central Cemetery in Essex County, Massachusetts. The International Astronomical Union named a lunar crater in his honor.