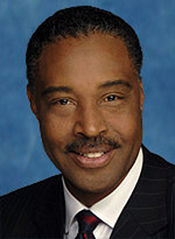 From 1997 to 2003 Hobbs was an anchor on Atlanta, Georgia's WAGA-TV, a FOX affiliate. In 2001 he joined a group from the National Association of Black Journalists on a tour of Kenya.

In April 2010 Hobbs was arrested in Woodlawn for possession of crack cocaine. He had previously been stopped in the same area with a known prostitute, a suspended driver's license, and no proof of insurance. He was charged on the second stop with possession of a controlled substance and drug paraphernalia and released on bond. The station placed him on immediate leave, and officially terminated his contract on July 15.

Judge Shanta Owens sent his case to drug court where he pleaded guilty and was given a suspended sentence, pending completion of treatment and recovery programs. He received treatment for addiction and depression. In 2014 he worked as an anchor for WRDE-TV in Rehobeth Beach, Delaware.

Hobbs died in February 2018. He was survived by his wife, Ellen, and two adult children.