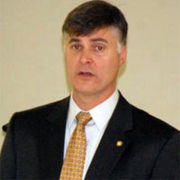 Beason earned a degree in geology from the University of Alabama in 1991. He is the owner of Custom Renovators and Old South Construction. He ran unsucessfully for the Alabama House of Representatives in 1994. He won the seat in 1998, and was re-elected to the House in 2002. In 2006, he won the Senate seat, defeating fellow Republican Jack Biddle in the primaries. He ran unopposed in the general election. He was a member of the Jefferson County Republican Executive Committee and the Alabama Republican Executive Committee.

In 2009 Beason was among the legislators that wore a concealed audio recording device during conversations with individuals allegedly offering bribes to influence votes on matters involving electronic bingo. 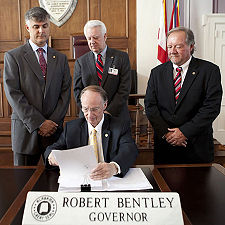 In 2011 Beason co-sponsored House Bill 56 in the Senate. The resulting "Beason-Hammon Alabama Taxpayer and Citizen Protection Act" gave the state unprecedented responsibilities to jointly enforce United States immigration controls by requiring residents to provide proof of citizenship in virtually every interaction with state agencies and services and also requiring private businesses and citizens to verify immigration documents before entering into contracts for services. The bill fulfilled Beason's February call to lawmakers to "empty the clip and do what has to be done" to curtail illegal immigration in Alabama.

During the same session, Beason exercised a privilege granted by Senate rules to single-handedly block a vote on a House-approved bill to establish limited home rule in Jefferson County. He also introduced Senate Bill 140 authorizing a statewide referendum to continue the Forever Wild public lands program and shepherded legislation restricting abortion procedures beyond 20 weeks from conception.

Beason formerly co-hosted the "Yellowhammer Radio" program on WYDE-FM. He left shortly after Cliff Sims' departure from the program to launch his own "The Scott Beason Show" on the same station. He and his wife Lori, and their three children reside in Gardendale and are members of Gardendale's First Baptist Church.