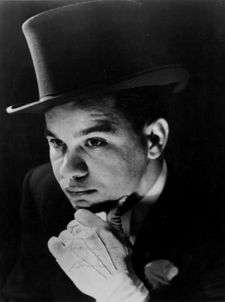 Anthony Joseph Brandino (born May 8, 1916 in Birmingham; died May 13, 2012 in Birmingham) was the founder and owner of the Brandino Sales Company.

Brandino was the son of Sicilian immigrants Santo ("Sam") and Janie Brandino and grew up in Woodlawn. He enlisted in the U.S. Army during World War II and served as a medic. After the war, he worked on the Vaudeville circuit as a stage magician before settling down with his wife, Marie, and being introduced to the hardware business by his father-in-law. He started his own company in 1948, selling cabinet knobs and spice racks from the back of a station wagon. The business grew quickly and he recruited his brother, Paul from Chicago to help run it.

He was also a devoted fan of the Alabama Crimson Tide football team, attending 500 consecutive games. He was made an honorary member of the A Club and inducted into the Bryant-Denny Hall of Fame.