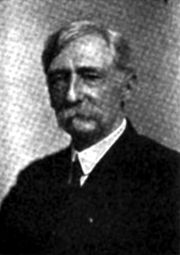 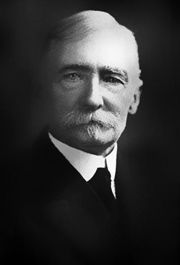 Rushton was educated in Philadelphia's public schools and at Episcopal Academy, but moved with his family to New York at the age of fifteen. There he began to clerk at his father's store before moving on to a position with a sewing machine manufacturer headquartered at Paterson, New Jersey. After being promoted to salesman covering all of northern New Jersey, he fell into poor health and determined to move South to a warmer climate. He found work in Columbia, Tennessee and succeeded in restoring his health. He married the former Louise Chaffin in 1876 and entered into business with her brother, William in a grocery and supply house. In January 1880 Rushton read an advertisement for an ice making machine and traveled to Chicago, Illinois to see it at first hand. Convinced of its application to the grocery business, he purchased a three-ton machine and installed it at their food storage warehouse, perhaps pioneering the manufacture of ice in the South.

Rushton moved to Birmingham in 1881 and installed another 3-ton machine in the young city. The Birmingham Ice Factory Company increased its daily output to eight tons in the second year and fifteen tons in the third. In 1889 he built a 45-ton capacity ice plant at the corner of 22nd Street and Avenue E, and soon had to expand with seven branch plants, including locations in Ensley, Bessemer and Avondale, together capable of producing a total of 800 tons of ice each day. Frederick Dixon joined him in the expansion of the business. They organized a system of making deliveries to individual customers and also organized the Southern Ice Exchange and served as its first president. Eventually Rushton expanded his reach by investing in new ice plants in Rome and Atlanta, Georgia; Little Rock, Arkansas; Chattanooga, Tennessee; and Chicago, Illinois.

In Birmingham, Rushton diversified his business investments. He founded the People's Savings Bank and was president of the Atlantic Ice and Coal Corporation in 1912-13, leveraging his storage and distribution expertise. He also invested in breweries and fire insurance. He built a Greek Revival-style mansion on Highland Avenue in 1906.

Rushton was elected to the Birmingham Board of Aldermen for a two year term beginning in 1882. As chair of the committee on streets he ceremonially laid the first concrete paving in the city, at the intersection of 2nd Avenue North and 20th Street. He began serving on the Birmingham Board of Education in the same year, chairing its finance committee. He continued to serve on that board for forty years and was elected president of the board in 1921.

Rushton died in 1922 after a long illness. He was survived by two children, Louise Couch and J. Frank Rushton. He was buried in Columbia, Tennessee with his parents and wife. Rushton Park, on Highland Avenue near the site of his home, was named in his honor.