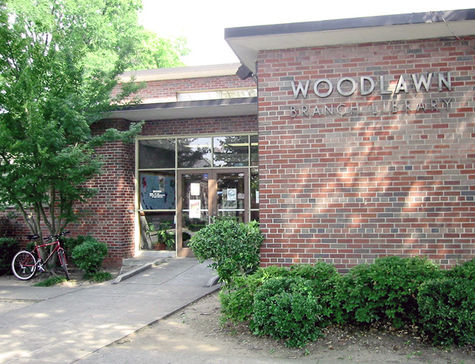 The current $80,000 building was designed by E. B. Van Keuran and constructed by A. L. Sullivan. It opened on October 29, 1950. The building's dedication featured speeches by Senator Lister Hill, Mayor Cooper Green, Public Safety Commissioner Bull Connor and Birmingham Public Library director Emily Danton. Poplar Camp No. 118 of the Woodmen of the World donated a flagpole and flag to the library.

Frances Perryman and Catherine Patterson were the first librarians at the Woodlawn Branch.