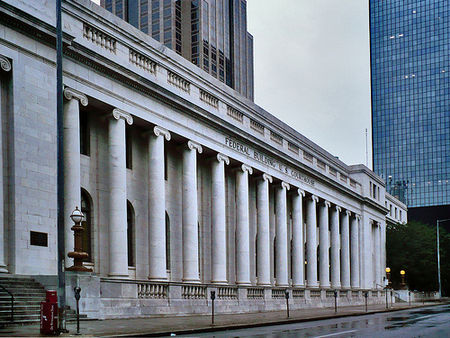 The Robert Smith Vance Federal Building and United States Courthouse, occupying half of a block at 1800 5th Avenue North was originally the main U. S. Post Office for Birmingham. It was designed in the Classical Revival style by the U. S. Treasury Department architectural staff under James A. Wetmore, and dedicated in 1921. Built to a 1916 design, the construction was delayed by World War I. The ornamentation of the building is much simpler than the Beaux-Arts style common before 1920 and served as a precursor to the austere Federal style of the 1930s.

This white Georgia marble building with its long Ionic colonnade was the fifth location of Birmingham's main post office. The 174,000-square-foot size of the building anticipated the needs of the rapidly growing city and reflects the foresight of Oscar Underwood who guided appropriations for the construction through congress. Since its opening it has housed Federal courts alongside its postal operations.

A third floor was added in the 1940s. The post office eventually moved to a new facility on the eastern side of downtown and most courts moved to the Hugo Black United States Courthouse in 1987, leaving court offices and administrators as well as suites for Alabama's United States Senators. In 1990 the building was dedicated to the memory of Circuit Court Judge Robert S. Vance who was killed by a mail bomb in December 1989.

The building's original marble and wood paneled finishes were restored, with new windows and light fixtures fabricated to match their historical counterparts. Skylights were introduced into the remaining courtrooms to allow for natural lighting. Planners expect to reduce energy and water consumption significantly and to qualify for "Silver" certification in the U. S. Green Building Council's "Leadership in Energy and Environmental Design" (LEED) program.

In 1926 the building housed the following offices: