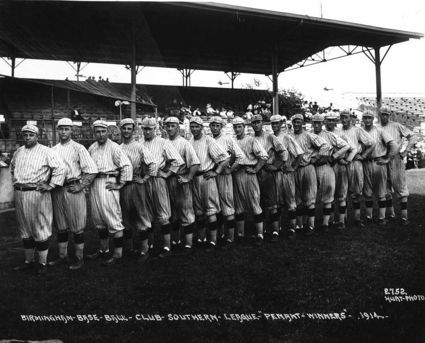 The Barons were managed, for the fourth straight year, by Carlton Molesworth, who played outfield for the Barons. The team went 88-62 and won the 8-team Southern Association pennant for the third time behind a strong pitching line-up. The team went on to play in the Minor Leagues Championship series against the Milwaukee Brewers, but lost, 4 games to 2.

Pete Knisely led the team with a .353 batting average with 13 triples and 9 home runs in 99 appearances. Manager Molesworth was not far behind at .338 in 23 games.

Despite the throwing talent on the roster, Molesworth convinced Woodward to trade for rising 20-year-old phenom Burleigh Grimes, who proved himself the next season and went on to a Hall of Fame career in the Major Leagues.