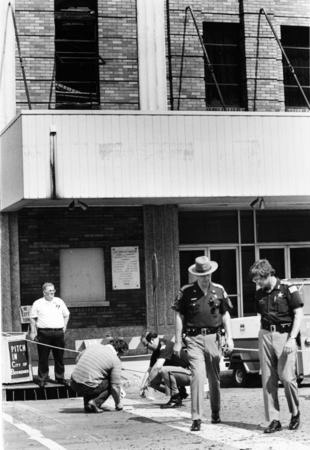 Investigators on the scene of the bombing

Members of the Birmingham Police Department's bomb squad, then on strike, came to assist Bessemer Police, postal inspectors, and the U. S. Bureau of Alcohol, Tobacco and Firearms in the investigation.

Thomas Fullman, a former police officer who had received explosives training, was prosecuted for the murder, mayhem and assault. According to testimony given at trial, Fullman believed he was in line to be promoted to Police Chief if incumbent Snuffy Garrett had won re-election. He resigned from the department shortly after Williams took office. 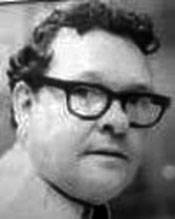 The cardboard box had a wooden box inside which contained dynamite along with nails, screws and BBs. The package was mailed on April 25 to a phony address, with a return address of "Public Safety Commissioner, Bessemer City Hall, Bessemer Alabama" stamped on it. The stamp was not the type used by city officials, and Fullman had taken delivery of a package from a rubber stamp company just before the incident. A fragment of a push-button switch, believed to have been part of the detonator, was traced to the Radio Shack at Western Hills Mall. An employee picked Fullman out of a line-up as the purchaser of the switch.

Fullman's first trial, in November 1979, ended with a deadlocked jury, and he was acquitted at retrial in March 1980. Fullman subsequently sued investigators and other officials for damages, but the suit was dismissed.

Around 1990 four Bessemer detectives reopened the case. They quickly learned that the FBI was also re-interviewing possible witnesses regarding the case and were instructed by superiors not to pursue their investigation. The Postal Service requested trial evidence for its own investigation in 2005, but because Fullman's case was not appealed, the disposition of the evidence was unclear. A $100,000 reward for information leading to a conviction has been offered by the Postal Service.