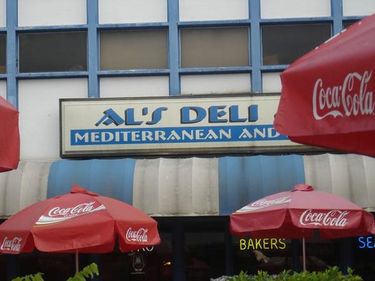 Al’s Deli and Grill is a casual Mediterranean and American restaurant located at 1629 10th Avenue South in the Five Points South neighborhood of the Southside community, serving patrons 24 hours a day. Located at the southern end of the UAB campus, Al’s serves a wide variety of Mediterranean dishes including gyros, falafel, and various types of kabobs and salads and American dishes including hamburgers, chicken fingers, and various omelettes. Its large outdoor patio, complete with a running fountain, is a popular hangout for UAB students and people working in the Southside community.

The restaurant was opened in 1999 by Elsayed "Al" Mohammed. Mohammed, planning to retire, put the building and business up for sale together in 2016 for $3.5 million.