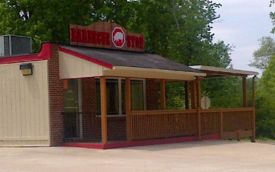 Barbeque Stop is located at 6633 Old Springville Road in Clay. The restaurant was opened in the former Legends Smokehouse on May 14, 2013 by Debbie and Cliff Mortimer.