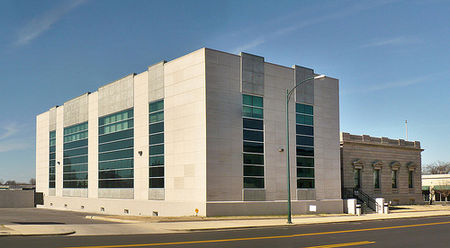 The expanded Bessemer Public Library in 2010

The Bessemer Public Library is a public library serving the city of Bessemer. Since 1965 it has been housed in the former Bessemer Post Office on the corner of 19th Street North and 4th Avenue. It recently completed a $4.5 million expansion from 15,600 to 43,200 square feet. 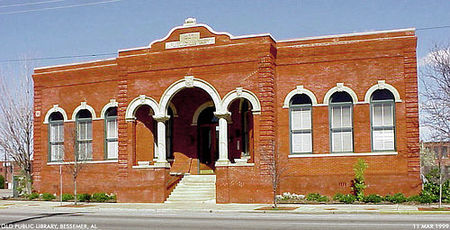 The old library building in 1999

From September 1907 to 1965 the library occupied a small brick structure built with the help of the Carnegie Foundation on a donated lot on the corner of 18th Street North and 4th Avenue. The formation of a free public library was first organized in December 1905 by a group of women who secured the donation of the site from the Bessemer Coal and Land Company and lobbied for assistance from the city in seeking the Carnegie grant. A previous library in Bessemer charged a fee for removing materials. The pay library donated its 500 volumes to the new public library when it opened.