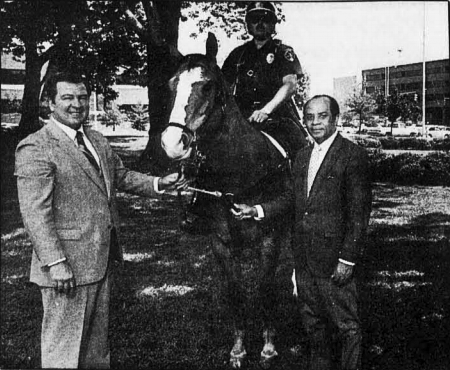 Booger Red (born c. 1967) was a horse who served with the Birmingham Police Mounted Patrol for more than three decades. He was donated to the department by the Five Points West Merchants Association and named in honor of Police Chief Bill Myers.

Booger Red remained on active patrol much longer than the typical police horse. He retired in 2002.