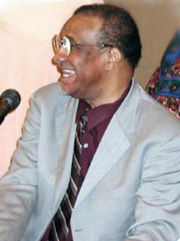 Reese, who had already been organist and choir director for New Bethlehem Baptist Church in Dolomite while a student at Westfield High School, joined the Alabama Christian Movement for Human Rights Choir at the invitation of co-founder Nims Gay shortly after graduating in 1960. Soon he succeeded Gay and co-founder Mamie Brown as director.

As the ACMHR's music director, Reese adapted many traditional hymns into freedom songs for the choir which performed at mass meetings, most intensively during the nightly meetings coinciding with the Birmingham Campaign of Spring 1963.

Reese went on to earn a degree at Miles College and taught in several area high schools.

Reese died after suffering in aneurysm in 2002. He was survived by his wife, Patricia. The Carlton Reese Memorial Unity Choir is named in his honor.