This article is about the highway builder and Hoover developer. For the TCI building supervisor, see John Baird (disambiguation). 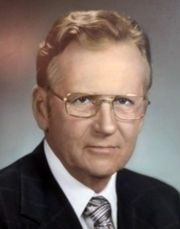 Baird was the son of John LeGrand Baird and Henrietta Bryson Baird of Dora. He dropped out of high school when his father, superintendent of a coal mine, died in a rock fall. He supported his mother and five siblings during the Great Depression by working for the Alabama Highway Department. His experience in road building allowed him to advance to First Sergeant in the Combat Engineer's for Patton's Third Army during World War II. He helped construct Bailey Bridges for infantry movements in France, Belgium, Luxembourg and Germany and served in the Battle of the Bulge. After the war he was assigned to help construct hospitals in the Philippines.

Baird returned to Alabama as Birmingham District engineer for the highway department. He oversaw the construction of the Don Drennen overpass in Ensley for the highway department before going into business for himself as co-owner of Mac's Contracting Company in the late 1950s. Baird helped develop the Green Valley Country Club in Hoover, constructed Star Lake and the roads and sewers for the surrounding residential developments of Whispering Pines, Deo Dara, and Greenvale which were financed by William Hoover. An avid golfer, Baird was a charter member of the country club and served as its president in 1968.

Baird was a member of the group that organized the 1964 Billy Graham Easter Rally at Legion Field.

Mac's Construction became Baird Contracting in 1971 and built the Birmingham Farmer's Market. His son took over the business when he retired, and later sold the firm, which kept his name.

Baird died in 2014 at the age of 96. He was survived by his third wife, June, his son, John David, and four granddaughters and several great-grandchildren. He is buried at Elmwood Cemetery.