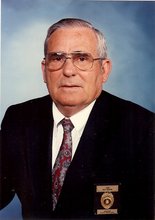 Adams, the son of J. C. and Inez Adams, graduated from Samford University and Walker College, and attended the FBI Academy. He joined the Bessemer Police Department on August 8, 1961 and served there for 40 years. After retiring he continued to work in the Bessemer District Attorney's Office.

Adams died in 2011. He was survived by his wife, Anita; four daughters, four grandchildren, and three great-grandchildren.