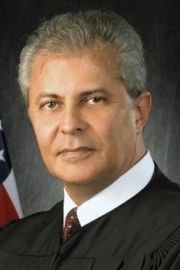 Alfred Bahakel (born c. 1951) is a former judge who sat on the criminal bench for the 10th Judicial Circuit of Alabama.

Bahakel earned a business management degree from UAB in 1975. He earned his juris doctorate at the Birmingham School of Law and began working at Bahakel & Bahakel in 1979. He left private practice in 1993 to take his seat on the circuit court. He was re-elected in 1998, 2004 and, narrowly, 2010.

Bahakel retired from the bench effective June 1, 2013. He remained as an appointed supernumerary judge pending the assignment of a replacement justice.