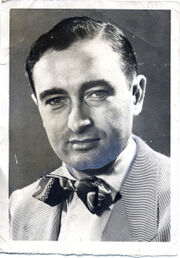 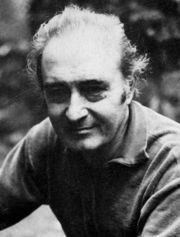 Glaze was one of three children born to physician Andrew Glaze II and his wife, Mildred Ezell. The family moved to Birmingham when he was a child, and he attended Lakeview School and Ramsay High School in Birmingham. He later prepped at the Webb School in Bell Buckle, Tennessee and eventually graduated from Harvard University in 1942. He enlisted in the Air Force for World War II and was given a lieutenant's commission. He sailed for France aboard the Queen Mary and served until the war's end. Before returning to the United States, Glaze attended classes at the University of Grenoble. In 1946 he enrolled in a creative writing program at Stanford University an earned a fellowship to the Bread Loaf Writers' Conference, where he befriended Robert Frost.

Glaze then came home to Birmingham and reported from the Jefferson County Courthouse for the Post-Herald for nine years that included the beginnings of the Civil Rights Movement. In 1949 he married Dorothy Elliott, an actress and the daughter of poet William Young Elliott. He testified against a Deputy Sheriff accused of wrongdoing with respect to two black men in 1957. Fearing for his life, he moved to New York City in 1958, where he became a press officer for the British Tourist Authority. He lived in Greenwich Village and fathered a son with Dorothy, but divorced her in 1959. He later married dancer Adriana Keathley. He has written three unpublished novels and several plays that were produced in New York and other cities. He was also a prolific translator of poems from French, Russian and Spanish. The couple relocated to Miami for many years before moving to Birmingham in the late 2000s.

Glaze's first book of poems, Damned Ugly Children, was nominated for the Pulitzer Prize in 1966. He was given the Eunice Tietjens Award by Poetry magazine and his 1981 book I Am The Jefferson County Courthouse & Other Poems was selected as one of the best small press titles of the year by the Library Journal. Another book, Someone Will Go On Owing: Selected Poems: 1966-1992 was named best book of the year by the Southeastern Booksellers Association in 1998. In 2012 Glaze was named Alabama's Poet Laureate by the Alabama Writers' Conclave. He was inducted into the inaugural class of the Alabama Writers Hall of Fame in 2014.