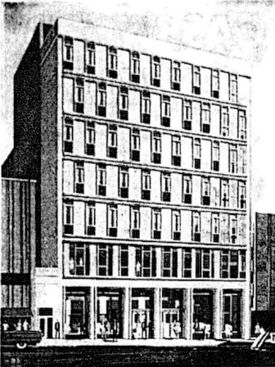 Architect's rendering of the BTNB building

2019 photograph of the BTNB building

The modern-styled tower was designed by Davis, Speake & Thrasher and built by Richardson Construction Company. It housed administrative offices, the trust department, bookkeeping and computerized data processing, along with an auditorium, meeting rooms and customer service areas.

The building was vacated after the purchase of BTNB-successor SouthTrust by Wachovia in 2004. The vacant building and its parking deck are owned by George Ladd's Ladd Real Estate Management.

In 2019 the Oak City Church began using the building for services.