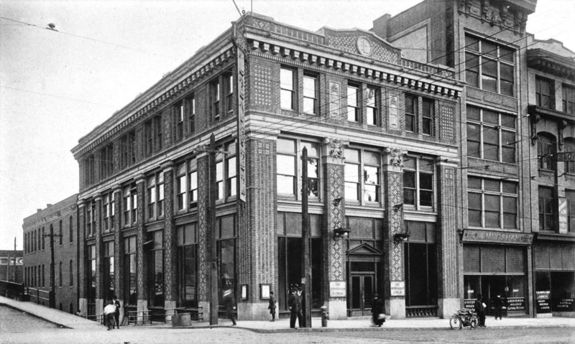 It was constructed in 1902 with a concrete and steel frame with brick and terra-cotta cladding. Large plate-glass windows gave the public a view of the printing presses. In addition to its three above-ground floors, the building had a two-level basement and its foundations and columns were designed to allow for as many as nine more floors to be erected above.