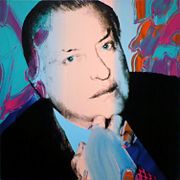 Ireland was the son of Glenn Ireland and grandson of Charles L. Ireland, an Ohio banker who purchased the Birmingham Slag Company in 1916 and sent his three sons, Glenn, Eugene, and Barney, to operate it.

Charles joined the family firm in 1939 and quickly rose through the ranks. He was named president in 1951 and, with the help of attorney Barney Monaghan, engineered a merger with the Vulcan Detinning Company of New Jersey and a public stock offering. Ireland became chairman of the board and Monaghan succeeded him as president and CEO while the corporation expanded rapidly by acquiring other firms.

Ireland had five daughters, Colleen, Lucy, Nina, Pauline and Victoria with his first wife, the former Jeannette Adams Gates. After they divorced, he married the twice-widowed Caroline Patterson in 1965. The couple resided at her home in Lynn Haven, Florida where he focused on his company's long-term strategy, leaving Monaghan in charge of day-to-day operations.

Ireland retired from the company in 1983. He died in 1987 and is buried at Elmwood Cemetery.

Ireland was inducted into the Birmingham Business Hall of Fame in 1999.