The Clayton College of Natural Health was a nation-wide internet-based distance-learning college with 25,000 students enrolled in various programs in holistic nutrition and naturopathy. The College was founded in 1980 by Lloyd Clayton. It was accredited by the American Association of Drugless Practitioners and the American Naturopathic Medical Accreditation Board and was a member of the United States Distance Learning Association, but was never accredited by any organization recognized by the U.S. Department of Education.

In addition to its academic programs the college operated a publishing house for course materials and distributed health supplements under the Dr Clayton's Naturals brand name.

In 2008 Alabama passed a law requiring degree-granting institutions to be accredited by, or actively seeking accreditation from, a federally-recognized agency. Clayton College began the process of earning accreditation from the Distance Education and Training Council, meeting the requirements of the law. Its sibling insitution, Chadwick University, had its license revoked under the same law.

In July 2010, under then-president Jeff Goin, the college began shutting down operations, saying that the recession had left it in a financial crisis. Four former students of the school subsequently filed a lawsuit claiming that the institution improperly used funds received for tuition. In February 2011, former board members and administrators of the college claimed they were not liable in the lawsuit, since the students had contracts with the college, not with the individual employees. 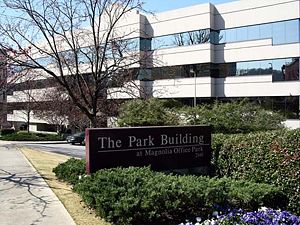 The main office of Clayton College was in the Park Building