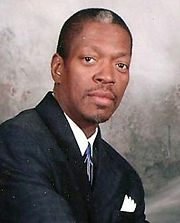 Dewayne A. Davis (born June 11, 1957; died February 28, 2011 in Birmingham) was the founder of the UAB Gospel Choir and More Than Conquerers Faith Church.

Davis was called to the ministry as a member of New Bethel Missionary Baptist Church in Brownsville. He excelled as a music student at Wenonah High School and earned scholarships to several notable conservatories before deciding to remain at the University of Alabama where he could remain part of his R&B group River of Fire.

While a student, Davis founded the Afro-American Gospel Choir at the University of Alabama, and, after transferring to UAB, launched a similar group, called Echoes of Faith in 1978. With other leaders from that choir, Davis founded More Than Conquerers Faith Church in July 1982. After three years he turned the pulpit over to Pastor Steve Green, who has led the church's impressive growth.

Davis has been a part of the music ministries at Mt Canaan Full Gospel Church, Epehesus Seventh-Day Adventist Church, New Salem Baptist Church, and United Christian Church of Prattville. He was also a founder of the contemporary gospel group Rejoiz and the worship choir Kingdom. He also served as executive administrator of the music and arts ministry at Christ Temple Deliverance Church.

Davis died in 2011 and is buried at Oakland Cemetery in Ensley.