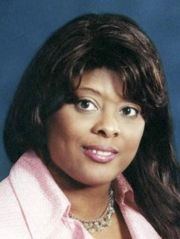 Dorothea was one of six children born to Mr & Mrs Mickey Batiste of Marksville, Louisiana. She graduated from Fifth Ward High School there in 1984. Though she grew up doing farm work with her family, her first paying job was with the Avoyelles Journal.

After transferring from Louisiana State University, Batiste earned her bachelor of science in social work at UAB in 1998. She later completed her juris doctorate at the Birmingham School of Law. She was admitted to the Alabama State Bar in 2003 and opened a practice, Batiste & Associates at 2015 1st Avenue North.

In April 2013, Batiste was accused by the Alabama Judicial Inquiry Commission of abusing her power to hold parties in contempt, effectively imposing judicial penalties without due process. She claimed that the accusations were instigated by former presiding Judge Scott Vowell, and that Vowell had subjected her to sexual harassment. Vowell denied those claims.

The court ruled in July that Batiste did act unethically and suspended her for 90 days without pay. Batiste was defeated by Democratic challenger Agnes Chappell in the 2016 general election.