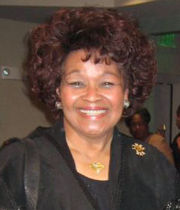 Porter earned a bachelor's degree in music from Alabama State University. She worked at the Wilcox County Training School in Millers Ferry and later moved to New York to continue her education. After marrying Porter she moved with him to Detroit, Michigan and completed her master's degree at Wayne State University.

She led the children's choirs at 6th Avenue Baptist, taught at Lawson State Community College, and also counseled high school students. She worked to bring singers like Kathleen Battle and Jessye Norman to Birmingham. She also served on the board of the Birmingham Public Library.

Porter died in 2013 and is buried at Elmwood Cemetery. She was survived by her three children, Mia and Robert and Christian, and nine grandchildren.