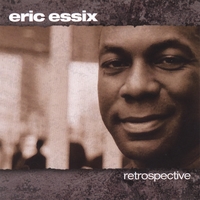 Eric Essix (born December 29, 1959 in Birmingham) is a jazz guitarist and bandleader.

Essix was given his first guitar by his grandfather at age 10 and taught himself to play well enough to perform with local gospel groups and in high-school talent competitions. He attended Seventh-Day Adventist schools in Birmingham, and Orlando, and attended college at Southern Adventist University in Collegedale, Tennessee, and at UAB. A 1977 Weather Report concert, featuring legendary bassist Jaco Pastorius, inspired him to pursue instrumental jazz wholeheartedly.

Essix joined the local fusion band Souvenir in 1984 and played with them until the group split two years later. He then put together eight of his originals on an independently-produced album, First Impressions, which gained the notice of west coast jazz label Nova Records, which reissued it nationally and also produced his follow-ups, Second Thoughts and Third Degree Burn. In 1990, after that first brush with success, and still unfamiliar with musical notation, Essix entered the prestigious Berklee School of Music in Boston on scholarship, graduating in 1993 with a degree in music production and engineering. He and some of his fellow graduates toured together as "Eric Essix and Modern Man", releasing a live album on Essix's S6 Jazz Records in 1995.

Essix signed with Nashville-based Tribute Records, part of the Diadem Music Group. They released Beautiful Music: Guitar and Just Like You. Since then he has recorded for Warner Bros' smooth jazz label Zebra Records, and, most recently, with his own label Essential Recordings. Recently, Eric recorded his first album with big band, titled "SuperBlue - Eric Essix and the Night Flight Big Band." This recording displays Eric's stylistic versatility, as many of the arrangements on the CD are mainstream (swing oriented) jazz and be-bop - a departure from his usual contemporary instrumental stylings. This project was produced by Ray Reach, who is currently Director of Student Jazz Programs at the Alabama Jazz Hall of Fame. The recording of the "SuperBlue" CD grew out of two highly successful performances wherein Eric was featured as a guest soloist with the UAB Jazz Ensemble, directed by Ray Reach.

Essix has also been actively touring and contributing compositions to films and advertising. He composed and performed the score for the race-relations documentary Broken Ground and is the subject of a biographical film Eric Essix: At Home for Alabama Public Television.

Essix has been inducted into the Alabama Jazz Hall of Fame and was named the "Best Jazz Musician" for 1995 by Birmingham magazine. It was during a 1995 performance at Huffman High School that Essix encouraged a young singer named Ruben Studdard to pursue a music-industry career.