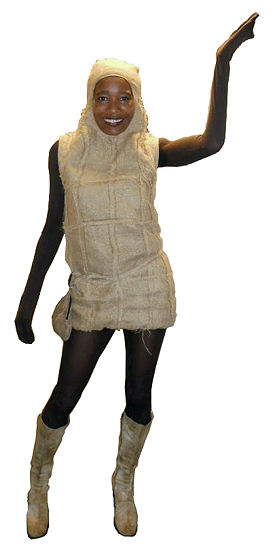 Felicia Jackson (born c. 1977 in Selma) is an entrepreneur and marketing professional.

Jackson was a member of the 1999-2000 UAB Lady Blazers basketball team which made a Sweet 16 appearance in the Women's NCAA tournament. Her sister Deanna Jackson also played for UAB and went on to a professional basketball career. While at UAB, Felicia completed her degree in social psychology, and worked at UAB as a researcher.

In February 2011, Jackson created her company ReMe, Inc. after getting an idea to be a "modelquin" while driving past the Peanut Depot. She pitched her idea of a "Miss Peanut" to owner Lex Legate. She created a costume and Legate hired her for a few hours a week. Originally she would stand still, like a manequin, and not speak to passersby. Later her role evolved into that of a "greeter" at the Peanut Depot's booth at the Pepper Place Saturday Market. She was credited with increasing the Peanut Depot's sales by as much as 20 percent.

Jackson expanded the concept with other models at more businesses around town. She won a bid in 2012 to hand out samples of Dr Pepper soft drinks at parks. That contract grew to game-day appearances on college campuses.