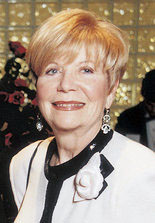 Howton, the daughter of Alex and Nettie Sterman, graduated from the University of Alabama and married Mervyn Goldstein shortly afterward. She began working at UAB in 1961 as editor of the Medical Center Bulletin. She was soon promoted to assistant to the medical center deans for the next six years, and then to assistant to the vice president for health affairs.

In 1969 she was appointed UAB's director of public affairs, and in 1978 was made an assistant vice president and director of university relations. She held those positions until she retired in 1990. After the death of her first husband she remarried, to William Howton, in 1984.

Howton sat on the advisory council of the NIH's Institute of Allergy and Infectious Diseases, and on the boards for the Jefferson County chapter of the American Cancer Society, Goodwill Industries of Alabama, and the Jefferson-Shelby Lung Association. She also served as vice president and board member for the Alabama chapter of the Public Relations Society of America and was a member of the National Association of Science Writers, the Association of Medical Colleges public affairs group and the Public Relations Council of Alabama.

Howton died in 2011. She was survived by her husband and by six children and ten grandchildren. She is buried at Elmwood Cemetery.