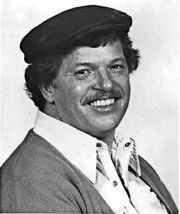 Strzelecki grew up in Birmingham. He attended Ensley High School for two years and graduated from Jones Valley High School in 1958. He began his career as a professional musician in his teens, recording with Baker Knight and his own group, the Four Flickers (later the Four Counts with Bob Cain). He was a partner in the Birmingham recording studio Prestige Records.

His novelty song "Long Tall Texan" was recorded by the Beach Boys, John Denver and Lyle Lovett. Strzelecki also played with the “Nashville Superpickers" and appeared as a member of the "Million Dollar Band" on CBS' Hee-Haw.

Strzelecki worked for decades as a session musician in Nashville, recording and touring on a long-term basis with Hank Garland and Chet Atkins. He also played on classic recordings by Louis Armstrong, Joan Baez, Bob Dylan, Johnny Cash, Patsy Cline, Elvis Costello, Waylon Jennings, George Jones, Willie Nelson, Roy Orbison, Carl Perkins, Elvis Presley, Charley Pride, George Strait, and Conway Twitty. He founded his own publishing and production company which was active in the 1970s and 1980s and was nominated for a Country Music Award for "Bassman of the Year" in 1987.

Strzelecki was struck by a car while walking on December 22, 2014. He suffered head injuries and lay in a coma until his death a week later.