From Bhamwiki
(Redirected from James Elliott)
Jump to: navigation, search 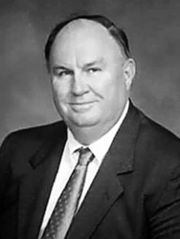 Elliott, the son of James Thomas and Alvah Elliott, grew up in Havana Junction and was fascinated by weather and news reporting from an early age. His father died in an industrial accident when he was nine and he shared farm duties with his mother and sister, Grace. He built a "home studio" with a wooden "microphone" to practice delivering forecasts from day-old newspapers. He was also interested in photography and published a "Hometown News" newsletter which he mailed to relatives living in Worcester, Massachusetts.

Elliott was encouraged by his mother and W. W. Duncan, a teacher at Hale County High School in Akron, to pursue his interest in meteorology. He was assigned to deliver a weekly weather brief to the school's science class. After graduating from high school he took a job with a wholesale grocer in Bessemer and volunteered as a U.S. Weather Bureau Cooperative Observer. His ambition of joining the bureau as a meteorological technician was delayed by a government policy to hire veterans before civilians.

Eventually a job opened up and Bureau Chief Charles Bradley reached Elliott just before he began a planned weeks-long road trip to the Western U.S. He reported to the Birmingham Municipal Airport on April 8, 1957 for his first day of work and was immediately pressed into service as a series of deadly tornadoes ripped through Northern Alabama.

He met his wife, Judy when she and her then-boyfriend visited the weather office while visiting from Arizona. Elliott's practiced voice became familiar to those who tuned into the Weather Service radio broadcast. His expertise as a photographer qualified him to lead the office's efforts to document damage caused by severe weather. He led surveying efforts that determined the classification of tornadoes on the Fujita scale, and even hosted a visit by Theodore Fujita to view the destruction caused by the massive Smithfield tornado of April 1977. Elliott had worked a 17-hour uninterrupted shift during the time that system was affecting the area.

Elliott was awarded a silver medal for lifesaving and protection of property by the U.S. Department of Commerce in 1974. After retiring from the Weather Service in April 1989 he worked for The Weather Company until 2014. He was a frequent guest on James Spann's weekly "WeatherBrains" webcast and on the Alabama WX Weather Blog. He was known to work as a wedding photographer, and was also a deacon and Sunday School teacher at Huffman Baptist Church.

Elliott died in 2015. He was survived by his wife, two children, and six grandchildren. He was buried at Jefferson Memorial Gardens in Trussville.