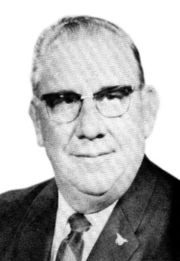 Lanier, a former minor league baseball player for the Decatur Rinky-Dinks, moved to Bessemer in 1942 and founded a radio station. He made his first run for mayor in 1954, losing to Jap Bryant by 27 votes. When Bryant died two years later, Lanier won a special election to fill the vacancy. He kept the job through four more terms for a total of 18 years. During that time the city constructed new police and street department buildings as well as three fire stations, a hospital, a municipal golf course and five schools.

In 1962 Lanier pushed for a bill in the Alabama legislature to divide Jefferson County in two, with the Bessemer Cutoff forming a new county. He served as a delegate to the Democratic National Conventions of 1964 and 1972.

Lanier died in 1978 following surgery for a malignant tumor. Jess Lanier High School, Jess Lanier Manor, and the Jess Lanier Building at Bessemer State Technical College were all named in his honor.