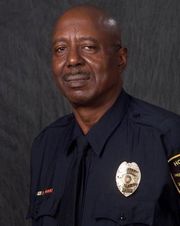 Jessie Mack (born 1944; died May 2019) was a beat officer and municipal court bailiff in the Homewood Police Department.

Mack applied as a reserve officer while he was working at a W. T. Grant variety store. When he was hired on December 1, 1974 by then-chief Edwin Wood, he became the first African American to serve on the department. He retired on October 31, 2006. In 2011 he began working for the Homewood Municipal Court as a bailiff.

Mack grew up in Leeds and later lived in Crestwood. He was involved with The Exceptional Foundation where his daughter was a client.

Mack died of complications from cancer in May 2019.