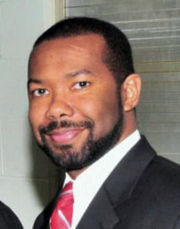 Cantelow, son of John Cantelow II, grew up in Birmingham and attended Sixth Avenue Baptist. Pastor John Porter granted him a license to preach in 1990 and he was ordained as a minister in 1991. The following year he joined the staff part time while studying religion at the University of Alabama. He graduated from Samford University's Beeson School of Divinity in 1994 and became a full-time staff member. Over the next five years he was occasionally called upon to take the pulpit. He left in 1999 to lead Greenwood Missionary Baptist Church in Tuskegee.

Cantelow was tapped in 2011 to succeed Al Sutton as senior pastor of Sixth Avenue Baptist. His first sermon was delivered on August 21. In 2014 Mayor William Bell appointed Cantelow to fill a vacancy on the newly-formed Birmingham Land Bank Authority.

Cantelow and his wife, Rhonda, have three children: Carmen, Elijah and Sophia.