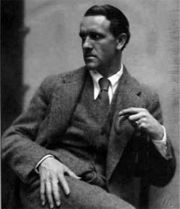 Weld had an early career in Hollywood in the 1920s as a stunt double for Tom Mix, Buck Jones and other stars. He wrote about those days in his 1991 book "Fly Away Home: Memoirs of a Hollywood Stunt Man."

During the late 1920s Weld was a reporter for the New York Herald Tribune in Paris and the New York American and New York World in New York City. He was married to the journalist and writer Carol Weld from 1927 to 1932.

Among John Weld's books are "Don't You Cry for Me," a 1940 novel based on the Donner party; the autobiographical "Young Man in Paris" (1985); and "September Song," a 1998 biography of his friend, actor Walter Huston.

Weld wrote screenplays for Columbia and Universal; served as director of publications for the Ford Motor Company in Dearborn, Michigan, and owned Ford dealerships in Laguna and San Clemente, California.