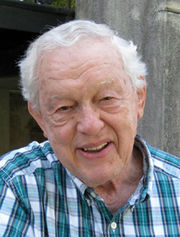 John, the eldest son of John and Margaret Carney Wright, grew up in Norwood and attended St Paul's Catholic School. He graduated from St Bernard Preparatory School in Cullman in 1945. He joined the U.S. Army Air Corps in 1946, then returned to St Bernard College after his discharge. He completed his bachelor's in political science and a master's in urban studies at UAB.

Wright began working in the advertising department for the Birmingham News. He married Jeanne Stallings on April 15, 1950. He changed jobs to work as an assistant editor and promotions manager for The Catholic Week for seven years, then moved into advertising as an account executive for Martin, White & Mickwee. From 1960 to 1962 he served on the Homewood City Council.

In 1964 Wright moved to Selma as an public relations administrator for the Good Samaritan Hospital. He interviewed Martin Luther King Jr a few days after the "Bloody Sunday" confrontation on the Edmund Pettus Bridge for an article for the national Catholic News Service. 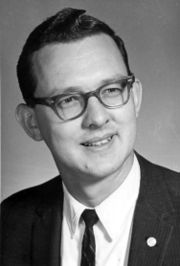 Wright returned to Birmingham as director of communications for University Hospital in 1967, and held that position until retiring in 1989. In 1978 Wright began acting in community theater and starred in numerous productions with Town & Gown Theatre, Summerfest, Birmingham Festival Theatre, Terrific New Theatre and the Seasoned Performers. He also landed occasional movie roles, including one as "John Marcus" in the 2010 horror film The Last Exorcism.

After retiring from UAB, Wright worked in community relations as an assistant to Arthur Sloan at Miles College and for John Glasser's Better Basics reading program. He was an active lay leader at Our Lady of Sorrows Catholic Church in Homewood, a member of the Knights of Columbus , the Sierra Club, and a volunteer for Greater Birmingham Ministries, Alabama Arise, and the Seasoned Readers.

Wright also advocated for improved transit service in Birmingham and for more recognition for martyred Catholic priest James Coyle. He wrote a one-man play about homeless entitled "Shelter" which he performed at the Church of the Reconciler. He published a book of short stories, Love Returns to Luverne, in 2014.

Wright died from cancer in 2015 after a stay at Southern Care Hospice. He was survived by his wife, five children, eight grandchildren and eleven great-grandchildren. Wright is buried at Elmwood Cemetery.