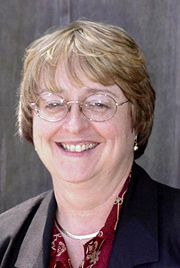 Hiers earned her bachelor's degree in English at the University of South Alabama in Mobile in 1978. She founded the Lee Simmons Fund for People Living with AIDS in Mobile and served as executive director of Mobile AIDS Support Services from 1997 to 2001 before coming to Birmingham to head AIDS Alabama.

Hiers has also co-chaired the local Ryan White Consortium and served a two-year term as president of the Metropolitan Birmingham Services for the Homeless. She is a member of the Governor of Alabama's HIV Task Force, the Alabama HIV/AIDS Policy Partnership and the AIDS Service Organization Network of Alabama.

Hiers is an active advocate on HIV/AIDS policy issues and organizes an annual awareness day in Montgomery as well as workshops at UAB for visiting physicians. She also participates as a regional coordinator for AIDSWatch in Washington D. C. She has been consulted in the development of similar advocacy networks in several other states. She co-authored portions of the "Southern States Manifesto" in 2003, updated in 2008.

From 2004 to 2009 Hiers co-chaired the Southern AIDS Coalition and is now president of the board of the National AIDS Housing Coalition and a member of the Federal AIDS Policy Partnership and the Community AIDS National Network. In 2010 Hiers was appointed to the Presidential Advisory Council on HIV/AIDS (PACHA) and co-chairs the Disparities Committee.

Hiers' work was featured in Jacob Levenson's 2005 book The Secret Epidemic: The Story of AIDS and Black America.